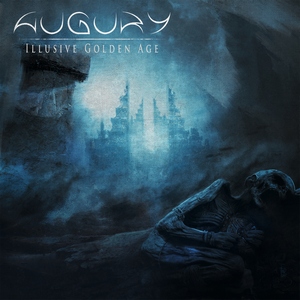 Often cited by today’s tech death extremists as a major influence, Canada’s Augury seemed to be getting just as much praise (if not more so than) when they were inactive as they did while they produced Concealed and Fragmentary Evidence. So it goes without say that when the band disclosed that they were working on a third release, and then signed to the current tech death hotbed of The Artisan Era, some hype began to flow. But given Augury’s more unique sensibilities within said realm, they easily rise above it and deliver an excellent new installment.

Picking up precisely where Fragmentary Existence left off, what works best for Augury is how they channel the elements of their sound into something that stands out within today’s tech scene. Whether it’s a gruffer clean vocal (“Carrion Tide”), or a progressive/melodic lean, or the way that they build things up over the course of a song (as opposed to simply bludgeoning everyone beginning to end), there’s a bit of fresh air in Augury’s sound. They simply continue on the path that they begin back in the early 2000s, and it’s easy at this stage to hear some of the influences they’ve brought forth to other acts. Melodic yet intense solos, enjoyable fretless bass grooves, and of course some full-out assaults with brutal/slam-like guttural vocals. But to get back to an earlier point, it’s the way that all of these are employed to the degree that the songs can breathe is most impressive. Even an explosive from the start burner like “Mater Dolorosa” takes the time to get into a bit of groove and coherent progressive wandering in its runtime, all of which gives the volatile moments more impact and feel more impressive.

Nothing is an afterthought with Augury. There’s some enriching melodies (“Message Sonore”), fiery tech demostrations, and some esoteric flights of adventure and they all mesh to a degree that only a veteran act can provide. Illusive Golden Age sets an early high bar for 2018 for progressive/tech death metal. 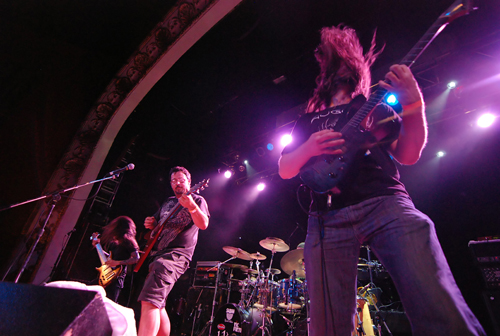 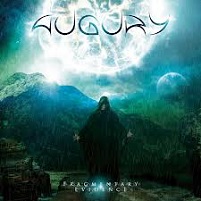