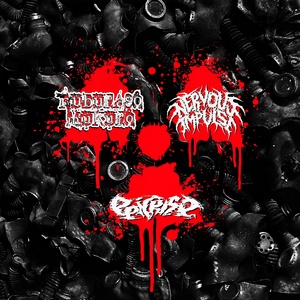 23 songs in 29 minutes from three different international bands. You know that you are going to get your daily helping of grind when you dig into this one before you hit the play button. While it doesn’t ever rise above the genre tropes (and nor should it be required to), one’s interest in this is likely bound to knowing one or more of the bands involved, and you are bound to pick up a new band to enjoy as well.

First up to bat is that of the Czech band Rubufaso Mukufo, who come across as the most ‘pure’ of the grind bands in this trio. Given 11-tracks to revel in, they utilize a few song clips and never really extend things out beyond one minute in length. It’s blistering, chaotic, and doesn’t lean in too far with any death metal influences (outside of vocals). Barked vocals and frantic guitar and drum work embody each song, as does some more hardcore influences at times (“Baby Blade”). It’s all a grinding blur, but it does the job it sets out to do in knocking the listener on their rear. Next up is Canada’s Nervous Impulse, who contrast by being the most deathly of the three acts. 5 songs that range between 1-3 minutes each, the death metal brutality gives them a more hefty feel than the opening act, with weighty grooves to lay into that contrast the more blistering segments. The riffs are violent but headbangable (“Air Burst”), and the balance between groove and grind serve up some solid dynamics that can be catchy yet still annihilate. Last up is the Ukrainian band Epicrise, who return from a period of absence with a collection of unreleased cuts from the band’s 2008-2010 period. Sitting somewhere in the middle of death and grind, they still stand out from the other two acts in their overall sound. Some catchy grinding bits despite their short length (around the 1 minute mark) keep things rolling, as crazed riffs and low growls/high shrieks permeate the landscape.

All three bands grind away with their own particular style, which is exactly what you hope for with a split like this. Similar enough to engage the audience throughout, but having enough of a unique style that it helps garner some new fans to those unaware. 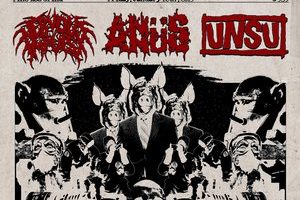 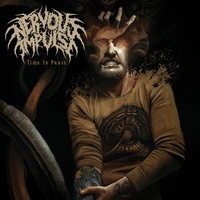