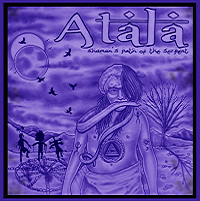 Say “high desert” and you think of Kyuss, Brant Bjork, and the gang. It’s a defined term within stoner and sludge circles, probably because the above-mentioned parties are so influential and unique. California’s Atala have also adopted the tag, and rightfully so—their brand of sludge on Shaman’s Path of the Serpent defies a few of the unseemly conventions that bog it all down to the point of redundancy. Clearly, the band has a few things going for themselves, namely a top-notch Billy Anderson (Sleep, Melvins, every good sludge band in existence) production job, and, the murky, convincing vocals of Kyle Stratton.

Four jams in which to work here, meaning Atala are going to find a riff and stick with it. Stratton, who doubles as the band’s lone guitarist, prefers rich, earthy chords in comparison to his counterparts, who are often too content to fuddle around with boring ‘ole one-note riffs in order for their amplifiers to do all of the work. Stratton’s ability to utilize basic power chords in the framework of long, bustling songs is a clear strength, as the riff-grip found on “Gravity” and the atmospheric “Shapeshifter” are justly bone-rattling. And the man’s vocals top it all off. He’s not a clear-cut belter, per se, but his clean vocals add a much-needed layer of melody to the proceedings. He can sometimes be found moaning in key (like on “Shapeshifter”), or getting all Ozzy/Wino-like on “King Solomon,” which emerges as the best cut of the four.

Point being, Atala emerge as the promising, ample alternative to sludgy doom’s presently immobile and perilous state. Shaman’s Path of the Serpent has enough to go around to please the jean jacket and beard crew, but look further, and you’ll find a band already carving their own path on what is their second album. All hail the desert indeed. 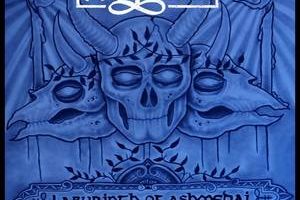