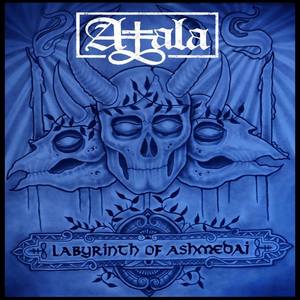 While one doesn’t really associate the seasons with doom/sludge, hearing an album like Labyrinth of Ashmedai in the early part of the year, as the snow hits the ground, can still resonate. A bleak, chilly day to bury yourself with fuzzed-out, sludgy riffs as if being covered in snow. Atala have a knack for this stuff – Labyrinth being their third full-length; they’ve developed something around their lumbering attack.

As a release like this should be, the guitars stand front-and-center in the action. Plodding and lurching tempos almost demand the speakers be turned up as each track progresses – inducing you into a trance of mammoth-sized riffing. It’s because of this that the band can pull off 8-minute tracks without making them feel laborious. Just check out “Death’s Dark Tomb” to witness how they can create traction and momentum until the sludgy harsh vocals come into play. While tracks like these are meant to pack a serious wallop, they band also avoids being a one-dimensional act. Other songs like “I Am Legion” have a more ‘90s alternative feel at times, with softer singing employed atop the rumbling guitars to create a more melodic effect. It’s an interesting dynamic to switch from, particularly as the two tracks are located side-by-side. But it does aid in keeping the band focused and diversifying their palette. It doesn’t hurt that the release is on the short but sweet side either, with 36-minutes of packed-in and dense riffing is just enough to enjoy without going into overkill.

While a fresh name among the legions, Atala prove they can stand with the heavyweights of the sludge/doom camp with Labyrinth of Ashmedai. While it sticks to the norms and rules of the genre (for the most part), it’s no less an enjoyable outing due it its focus on dynamics and fuzzy atmospheres that hook you in. 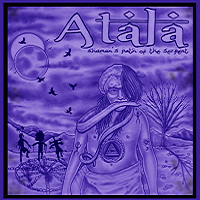