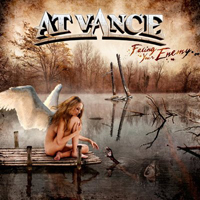 German melodic power metal outfit At Vance continue their steadfast belief in all things conventional regarding their songwriting and performances on their ninth studio album, Facing the Enemy. Guitarist Olaf Lenk always surrounds himself with some of the best vocalists in the business – early At Vance albums featured Oliver Hartmann, and from 2003-2005 Mats Leven (Therion, Yngwie) would helm the microphone duties, and now Facing the Enemy is the third recording to feature latest singer Rick Altzi (Thunderstone, Sandalinas).

The root of At Vance’s musical styles lies heavily within the early Rainbow meets Yngwie Malmsteen framework- a mixture of speedy anthems like “Heaven Is Calling” and “Saviour”, the occasional breather moment with a serene, bluesy ballad such as “Don’t Dream”, and a series of mid-tempo rockers from the title track to “Live & Learn” that should gain appeal from all sides of the At Vance audience. The rhythm section are propulsive when appropriate, yet tend to lay back within the old school metal philosophy to allow the guitar hero/ powerhouse vocalist tandem to play out their respective roles.

A keyboard sequence and computerized helicopter effects signal the opening instrumental parts of “Tokyo,” where Lenk unleashes some clean, Blackmore-meets-Clapton-like bluesy guitar lines and the spirited chorus should go down a storm in the Far Eastern territories. This veteran group know that to engage the listener front-to-back in records these days; you need to be versatile with the tempos, the placing of your solo spots and how to write hooks vocally and instrumentally that aren’t just going to appeal to the seasoned, theory-minded Berklee students.

Probably the best At Vance album since 2003’s The Evil In You, Facing the Enemy should be essential for all those who live for melodic power metal that doesn’t overemphasis the neo-classical nuances but rather pine for the heroic Dio-led Rainbow days with current production abilities. 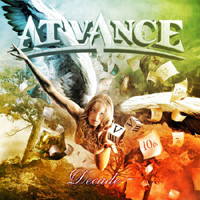