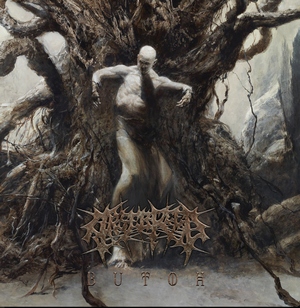 It’s been a long time since Arsebreed came out swinging with a new record. Their debut, Munching the Rotten, was released in 2005. So it almost seems like a bit of a treat to not only get a new release from Disavowed (whom many members are, or were, a part of) as well as a new Arsebreed album here in 2020. Those who love brutal death metal have much reason to celebrate, and Butoh bludgeons it out like a trip to the haydays for this style (‘90s/early ‘00s).

That said, it doesn’t just firmly plant itself in trying to recreate the ‘good ole days.’ The Disavowed/Pyaemia comparisions are inevitable (and the Suffocation/Deeds of Flesh ones), and sometimes warranted, but the dualing growls and noticeably playful basswork give it some room to call its own. The music itself is expectedly unrelenting in brutality, and frequently dives full-on into blistering speeds and blastbeats. A slightly technical feel (akin to the bands already listed) is there, and helps to insure that those moments aren’t a blur of crazed speed. But even if the speedy parts are too much for some, it’s effectively balanced by some great leads/solos (see “Recomposed”) and it also will occasionally dip into some massive grooves to dole out a different but just as effective form of brutality (see “Sanity”). So even though it’s an experience meant to knock you over with its aggression, the riffs will make the case for plenty of return listens, particularly for fans of brutal death metal.

Arsebreed manages to walk the fine line between outright brutality and memorability. It brings plenty of both to the table, resulting in a listen that occasionally feels just as playful as it is visceral. A welcome return for a band that it seemed unlikely we’d never get another release from. 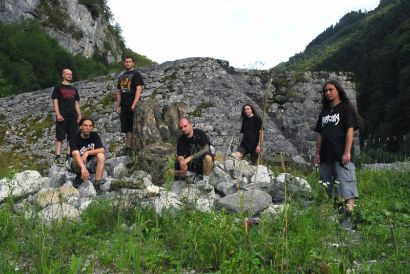