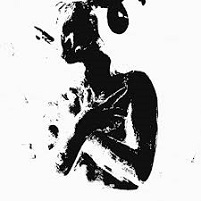 There are peculiar times when a release falls into your lap and as you sit down and soak it up you really have no idea how to process it. It features a number of different and overlapping styles (sometimes synchronous, sometimes not), straddling a one-size-fits-all 80s tinged metal sound with death metal window dressings and all manner of left field additions. Apparently this is indicative of a burgeoning trend in Finland and Arkhamin Kirjasto is part of a ‘New Wave of Finnish Heavy Metal,’ though I personally must confess particular ignorance to this movement and those bands that fall under its banner, the music on hand certainly warrants the description a majority of the time.Torches Ablaze however, has enough fun moments to justify attention, but too few of them consistent enough to likely lead to long term affection.

The genre tag comes alive as 1980s tinged heavy metal is alive and well on the aptly titled “Bitch From Hell,” though somewhat jarring to hear that sort of music coupled with a raspy death growl. D-beat aesthetics come to the fore immediately on “Thousand Snakes” and are crossed with some fairly unnerving electronics. Heavy bits, melodic bits, sometimes one exclusively in Sea of Madness “ and others mixing the two ends with reckless abandon on “Sleeping Beauty.”

A lasting and amusing curiosity is found in “Speed, Yog Sogoth”, the song bringing to mind the only song of the failure-prone band central to the 1994 filmAirheads. The song however, much like the rest of the album, isn’t quite as fun as that movie was if for no reason other than the production – fairly thin most of the time and coming apart completely at higher volumes.

If nothing else, this release refuses to ever sit still stylistically and to a great many listeners this is a fantastic trait to exhibit. Though there are several fun moments sprinkled throughout the ever-shifting winds of Torches Ablaze, they’re not always married with equally fun counter-moments (the constant and repetitious lyrical/vocal patterns, for example). There’s something to be said for being unwilling to be pinned to a particular sound (ask Ulver or Neurosis) but unlike the lads here both of those groups were able to consistently deliver the goods with their reinventions. This release is pleasantly short at a mere 35 minutes and most of it blurs by before you realize as most of the songs barely eclipse the 3:30 mark. Still however, approach with caution, the jumbled contents making for a mixed bag.