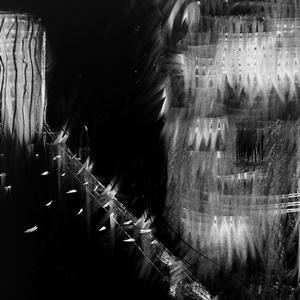 After a lukewarm second album Aspirations & Reality that this scribe felt was too jagged in its melodic gothic metal meets death/metalcore approach, Finnish band Arkadia go back to the drawing board for Master of Fears. A wide array of influences from modern American metal to Scandinavian death/gothic strains beyond NWOBHM artists hopefully insures that one will probably not be bored by the versatility in the composition and performances. The main question is, can the band synthesize these elements into a cohesive style that makes sense, emphasizing their strengths while leaving their weaknesses off the board?

The opener “The Origin” transmits a mid-tempo gothic/straightforward metal appeal – a short piano intro gives way to a rhythm/groove combination that is alluring in a Sentenced/Paradise Lost manner, the moaning clean melodies and semi-growls offering proper dynamic context for the atmosphere and churning, driving main musical movement. Founding guitarist Mikko Järvenpää is now taking over main vocals while gaining a new second guitarist in Heikki Haapanen, and it’s still a bit of a bumpy ride to handle some of his main clean parts, as it’s not a super strong, commanding voice that captures your attention, it’s more of a whiny/emo attitude that could make the verses of “Behind the Backs” for instance feel like nails scraping heavily across an old school chalkboard. The twin melodic guitar harmonies and death proclivities seem to be more comfortable for this quartet, along with a steady diet of double bass that recall classic Soilwork or Insomnium – check out “Head in the Clouds” or “End Escaping Emptiness” from some breathtaking sequences that prove they know how to maintain aggression, groove, and memorable moments. Where the NWOBHM aspects shine through is in a track like “Rummelsburg”, the first few riffs bristling with traditional charm, the lead break very engaging in its slower to faster circular runs.

Arkadia appear to be heading in a better direction for Master of Fears, sharpening more of the gothic/melodic death blends while not seeming awkward or out of place in their choices. Once they figure out a better clean range for those type of gothic vocals, they could be vaulting up the ranks. 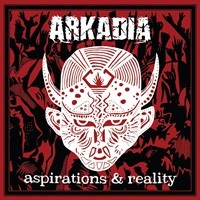