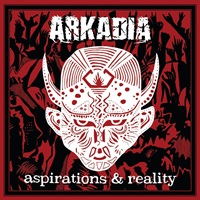 They say you have forever to release a debut album to make an indelible impression – while the follow up can often show the true character and future development of a band. Previously raising a cursory glance through a Rapid Fire review of Unrelenting in 2014, Arkadia returns with Aspirations & Reality, another record that fuses a lot of melodic and heavy influences from their Finnish homeland as well as abroad. Differentiation can be key in sticking out above the crowded masses – as long as the genre-blending can be smooth for listeners to latch onto, which unfortunately is not the case here.

It’s obvious in a lot of the tempos and guitar riffing that the quartet has a lot of respect and admiration for the 90’s scene when groups like Sentenced, Paradise Lost, and Katatonia sprung onto the scene. Mikko Järvenpää has a melodic sensibility to his chord construction, infusing his heavy guitar tone with that Adrian Smith/Dave Murray-ish hypnotic nature which makes parts of “Small Town Syndrome” and “Thorns” bookmarks for the brain. When the rhythm section chooses to flex more of their double bass chops or switches up grooves in a heavier veneer for “The Luring Madness” or “Spitting Image” you get the sense that these musicians want to cross pollenate a love for old Children of Bodom against their melodic/gothic influences (kudos to drummer Mikael Leinonen for his varied groove/jam work on the latter song).

Where Arkadia lose me is the dual melodic meets death/scream delivery out of Antti-Jussi Valkama. Often monotonous to flatten out any emotional quality to the words, the title track’s barking nature puts Antti close to that generic metalcore singer that separates the men from the boys. Choosing also to use certain word placements as another rhythmic element is a cliché that needs to be minimized, it diminishes all of the tasteful guitar lines and building riffs surrounding the arrangement. Beyond the fact that the tribal artwork gives an equally mixed message as to what Arkadia’s all about.

Arkadia have a lot of smoothing out to do if they believe audiences who love melodic gothic metal and groove/death shall both come together for this. 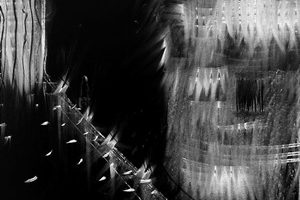