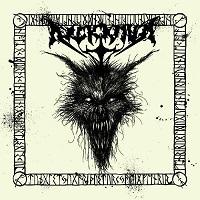 Dedicated to Fenrir, the Norse mythology character who was a giant wolf that broke free of its chains and proceeded to swallow the sun and moon, Arckanum’s Fenris Kindir has all the hallmarks of a traditional black metal album. This has long been main man Shamaatae way of approaching his one-man BM band – pay homage to the old Gods, don’t step out of the boundaries, and create by-the-book black metal that is so mid-90’s that the only thing missing is an arson case.

The predominant buzz and rumble of the guitars here suggest that a wall of Marshalls weren’t stacked to the ceilings during recording. Rather, DR has visions of Mr. Shamaatae hunkered down with an $80 amp with its settings gone haywire, which was the old method of producing what amounts to a “crap” sound. Fenris Kindir doesn’t sound like crap, but it becomes the furthest thing from singular as the album wears on. This could be attributed to the fact the album’s songs all run together (“Hamrami” and “Vargold” are nice breaks in the action), and have little else to show for themselves other than Shamaatae’s throat peels and the stray female shriek, which come as a surprise on “Angraboda.”

There’s no real challenge in listening to Fenris Kindir. The album might have a compelling storyline sung in Icelandic, but you’ll quickly get entangled in the barbed wire of acerbic riffing, obviously-placed blast-beats, and black metal cackle. Then, retreating to the old gems doesn’t sound like a bad idea. 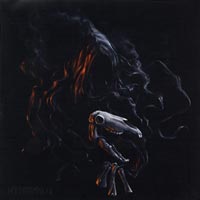