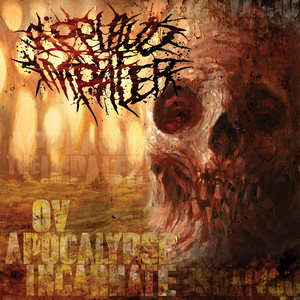 There’s a certain rush that you can get from hearing heavy metal that goes at blazing fast speeds. Sometimes it is bound to become a bit of a whirlwind in its later execution, but that initial feeling of speed is a thoroughly enjoyable one. That’s exactly the way that Applaud the Impaler’s full-length debut hits you, even if said velocity means that there are some sacrifices to be made.

As the album opens, “Vestiges” does all that it can to simply barrel you over. Likewise “Trenchrot” comes in like an absolute jackhammer. Applaud the Impaler’s take on more modern death metal is decidedly brutal and unabashedly heavy. Tossing together blastbeats by the dozen with a base coating of brutal death metal, deathcore, and some more technical elements isn’t anything new to be sure, but the overall impression that they leave is a positive one. The feeling of chaos is an ever-present one, from the aforementioned drumming to the dizzying riffs that never seem to relent as the speed increases, and a surprising amount of vocal variety helps propel things forward. Some occasional slowdown is where the deathcore influences pop up, with more chugging riffage that’s meant to lean the listener into some grooves, and it works even if it feels they could actually employ these a bit more often. That leads to the album’s one inevitable downfall – the sheer length of time it goes on for. With all of the destructive musicianship that Ov Apocalypse Incarnate displays, it really should have a cap at around 30-35 minutes tops. There’s just too much frenetic energy being unleashed and at 44-minutes, it’s exhausting to take the album in as a whole (even with a short breather in the form of “Hellmouth”).

Ov Apocalypse Incarnate doles out carnage and brutality in all of the right ways. Listening to a few tracks will leave a solid impression of the band as they move forward. Hopefully the next album comes in a more controlled burst, time-wise, and Applaud the Impaler will be onto some excellent things.