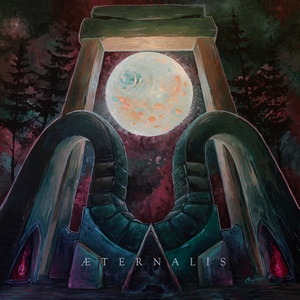 After releasing a real ripper with their debut, Suspended from the Cosmic Altar, Apocrophex has finally returned with their second album. It’s been three years mind you, which is enough time for some to all but forget about a newer act in the extreme metal genre, but the forcefulness of Apocrophex’s return is bound to turn some heads.

What’s nice about Apocrophex is that it eloquently avoids being initially stereotyped within the extreme scene. With so many different subgenres now, it’s as if they manage to take a slew of them and make it near indecipherable which way they are heading. While that sounds chaotic and disjointed, it’s anything but as you listen to AEternalis. One can rattle off the feelings, such as the somewhat complex and technical nature of the riffing, the cavernous and utterly bleak atmosphere, and the upfront brutality and inhuman vocals – but it’s the overall execution that is key. Particularly the integration of the technicality with intact and sneering brutality. It’s a precision move that many bands falter on with this type of material, but Apocrophex really manage to combine it to make something special (see “Thwarting Dogma”). On the other hand, more atmospheric moments take over songs like “The Oracle Room” and shift it into more esoteric feelings without compromising the frenetic attack. What rounds the album out is a solid guest drumming position by Kevin Paradis, who delivers a standout performance behind the kit and excellently tackles all the extreme variety thrown at him.

Apocrophex continue to impress the legions with AEternalis. It’s brutal yet complicated, with some more layered moments tied in to make the appeal even stronger. While they may not be on everybody’s radar just yet, give them a few months and this album is bound to get more people talking. 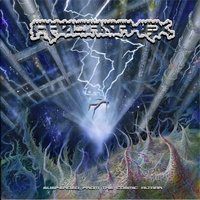