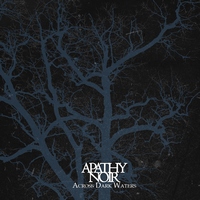 Apathy Noir, formerly Apathy (name changed due to legal reasons), have been a part of the doomy Swedish landscape for over ten years at this point. Across Dark Waters is the two-man band’s third release, is a concept album about a fishing village chief who is lured out to the seas by three sirens. One of those cases where the music and lyrical content go hand-in-hand, it paints a depressive picture of the story as it unfolds.

Without going into great details about the story itself, one of Apathy Noir’s strongest suits is that of weaving music and story together into a uniform vision. You can sense the longing in the riffs, the tired struggle in the vocals – this is music that speaks to the listener in every way. The story itself is strong, and invests the listener along with the music itself. Like the best in the doom/death genre, there is a balance between that darkness and shades of more hopeful moments. Not so much uplifting as less bleak, the shades of emotion keep everything more dynamic as the story unfolds. You have the glum and near oppressive opening of “The Village” but it’s positioned against moments like the morose yet oddly catchy melodies of “The Death of Hope.” There’s the crooning vocals of “Beyond the Sea” and the sullen growls of “A Gruesome Journey.” Contrasts and opposing forces keep the hour-long journey fresh and invigorated, as well as propelling the story forward.

Continuing the positive string of doom/death releases that have come forward so far in 2016, Across Dark Waters is another beautifully melancholic album for those seeking copious gloom with their metal. Lingering more on the softer moments than the aggressive, Apathy Noir attempt to oppress the listener with not a thunderous hammer but the overwhelming feeling of dread. Fans of My Dying Bride and Katatonia need apply. 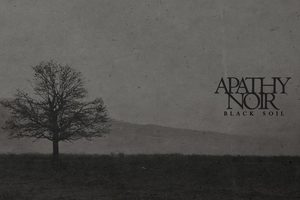