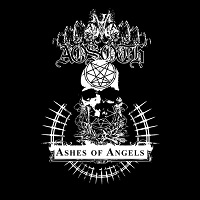 A collision between a handful of French black/death metal luminaries, Aosoth’s Ashes of Angels lives up to the collective promise of its ensemble. Boasting current (or ex?) Antaeus singer MkM in the ranks, along with former Aborted guitarist Bestial Satanic T (great stage name…not), Aosoth carries in the French black metal tradition of warped tempos, sprawling atmosphere and the occasional taste of melody on this 10-song outing.

Employing the rudimentary dissonant, very Mayhem-happy riffing, Aosoth get off to a promising start with the 1-2 punch of “Songs Without Lungs” and the memorable title track, which wouldn’t be a reach for the likes of Dodsferd and Deathspell Omega. Aosoth splits those two bands

in half, as the stronger-than-usual production values here lend to some backbreaking moments during “Path of Twisted Light” and “Summon the Dead.”

Where Ashes of Angels catches stride is when the buzzing, mid-tempo “Teaching/Erasing” makes it way through. Had this song

been played at full-speed, its impact would be minimal, but Aosoth turns it into a throbbing, almost hypnotic opus that proves to be the cornerstone of the album.

Bands like Aosoth just keep popping up…there’s no stopping them, yet albums like Ashes of Angels make the grand deluge of black metal more manageable. A quality addition to the French black metal ranks, Ashes of Angels probably won’t find itself in the canon of Fas – Ite, Maledicti, in Ignem Aeternum, but we’re not going to concern ourselves with that at the moment. 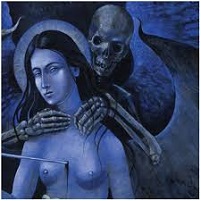 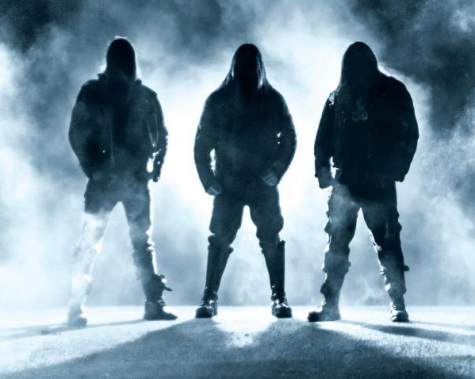