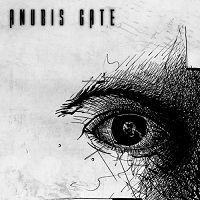 Prog metal has this unfortunate way of regurgitating itself. In fact, it’s more frustrating than anything considering most of these yokels can outplay just about anyone, it seems like no one wants to get out of the Dream Theater/Symphony X/wishy-washy keyboards comfort zone. Or all of these bands want to be played during the intermission points of the ProgPower festival, of which Blistering has attended and heard bands just like Anubis Gate hamming it up. The bass player in every band had a bowling shirt on. There must be a dress-code.

At any rate, the third album from these Danish metallers, the self-titled Anubis Gates bandies about with an alarming precision and delicacy, one that has plenty of buffer room for soft melodies and softer melodies. It’s a sound that the long-underrated Circus Maximus has been trying to hold down for a half-decade but can’t seem to break through because again, there’s too much overlap.

What Anubis Gates does have working for them is the excellent vocals of Henrik Fevre, who manages to pull his weight on most of the album’s ten songs. On opener “Hold Back Tomorrow” he merges DT-like harmonies with booming synths; same applies for the funky “Facing Dawn,” a song that would only be accepted in prog metal circles for its eccentricity. Fevre is almost your atypical vocalist for a band of this style: Part Geddy Lee, part Dickinson, which is probably why he is so effective on “Oh My Precious Life” and “Golden Days.”

While there’s little question musical savants will flock to Anubis Gates, the jury is still out if the Danes can find a place in other scenes. Our guess is not quite yet. The album is too riddled with gloss and gleam.