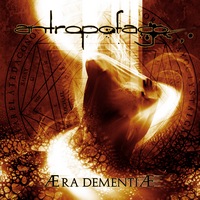 The Frenchmen of Anthropofago return after a four year wait following their debut, Beyond Phobia. More technically-driven madness is the name of the game for the band, whom should find some good company among the more proficient of the genre.

After starting off with yet another headscratching “Intro” (when will death metal bands learn that it’s okay to just jump right in with a crushing riff?), the guitar fireworks begin with “Encounter With the Doppelganger.” Technical flair that doesn’t stray too far from the wheelhouse of bands like Spawn of Possession and Gorod, Anthropofago has a deadly grasp on this subject. The weedly guitar riffs do have plenty of energy to give off, and there’s a strong dose of adrenaline-pumping action when it’s combined with the snarling growls that are the mainstay of the vocal approach. While almost all of the tracks utilize a similar formula, the title track is far and away the standout for avoiding it. Opening with clean guitar and slowly building up, it’s a much needed point (and helps break up the album) in which the band provides some impressive atmosphere. The slower riffing in this track is monstrously heavy. In fact, one might argue that the band would do well to provide more of these type of tracks in the future.

There is some blurring later on in the album, somewhat due to the ‘meh’ production (the drums are notably weak), but Aera Dementiae still finds itself on the stronger end of the playing field. The technical proficiency is there, but the band could really unleash a monster with some more effort in the atmospheric field (like on the title track) – it could give them a little more soul to the clinically impressive approach here.