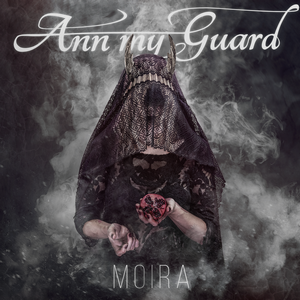 Sometimes it’s the slightest little tweaks that make the difference in setting a band apart from their peers. Ann My Guard have been brewing things up for two previous albums, and Moira, as this scribe’s first taste of the act, brings things in a slightly off the beaten path direction for an alternative metal act. But it’s what makes Moira worth a listen as well.

After a brief introduction, “Sacred I” sets the tone to come with some rather dark riffing being the main piece that draws you in. There’s a gothic darkness to it all – this isn’t going to be a bubbly and happy affair in the same regard that many of their peers sit in. Vocalist Eszter Anna Baumann also adds to this flavor, with a voice that provides some subtle sinister vibes along with a solid dose of serenity. Her vocals atop the hypnotic riffing of the chorus already sells the album as one to remember. They dish out some further heaviness with “Mountain II” racing into a gallop before slowing up for a memorable chorus that might be less dark but sounds quite intoxicating. Other punchy numbers like “Echo” and “Elijah” work in the same manner, with just the right blend of heavier tones and soothing vocals. Even more gentle tracks like “The Raven” and “Roseblood” thankfully avoid the clichéd ballad territory, with a more melancholic and sorrow-filled tone that fits well with the band’s overall message. Perhaps the strongest moment is that of “Morpheus,” which flirts back and forth between acoustic and heavier moments with a darkly epic flair.

Enjoyable and refreshing, Ann My Guard don’t pander to the norm on Moira. The graceful and dark tones put them into a unique space that should provide them plenty of opportunity to explore things even further. They have tapped into something mysterious and memorable here. 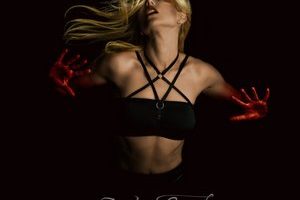