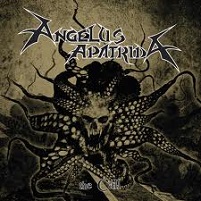 After years spent slugging it out in the Spanish metal underground, throwback thrashers Angelus Apatrida have gotten the call-up to the big-leagues with their fourth full-length, The Call. Perhaps their geographical locale prevents them from taking too much of the retro thrash bait, so in essence, AA is as sharp as a razor, without sounding like they’re trying to pimp out their faux high-tops and jean jackets. There’s an undercurrent of authenticity here, if you catch our drift.

Vocalist/guitarist Guillermo “Polako” Izquierdo has a punky, almost Zetro Sousza-on-helium style of vocals and much to his credit, makes a lot of these songs more zippy than they initially appear. The choruses are mostly fun and harmless, like on opener “You Are Next,” which is sure to be a call-and-response number in the live setting, while “Blood on the Snow” tackles a melodic front that surprisingly, might be the band’s most underrated aspect.

Stylistically, it’s a palm-muting fest, as Angelus Apartrida make good use of the powerful downstroke that Hetfield, Mustaine, and Holt literally built their careers on. From purely a rhythmic and sound standpoint, down-picking in this fashion makes things a heck of a lot heavier, so when AA wants to get down for a mosh boogie on “At the Gates of Hell,” “The Hope Is Gone,” and “Still Corrupt” (nice nick of Annihilator’s “Fun Palace, by the way), they do so effortlessly. It’s like the “Toxic Waltz,” which a Spanish flavor.

Can’t really say Angelus Apatrida missed the retro thrash revival, for they’ve been kicking around since 2001. Therefore, it might be a good thing to inspect a band who has paid their dues, especially in such a non-productive scene like Spain’s. Any way you slice it, The Call is a worthy candidate to tee-off on its rapidly-fading thrash competition. 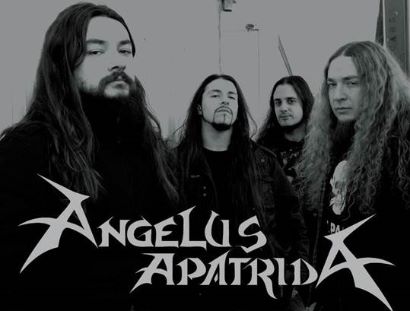