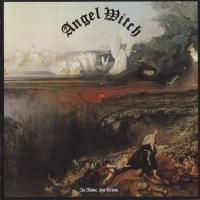 The back story of Angel Witch is one about a British metal classic (1980’s self-titled debut) and of being the NWOBM bridesmaid to Iron Maiden. You see, Angel Witch were supposed to be every bit as big as Maiden, but bad management, lineup issues, and the inability to record new material to follow-up Angel Witch basically doomed the band. Actually, it’s a common story for a lot of bands of that era – without a Rod Smallwood-type (Maiden’s much ballyhooed manager), chances of surviving the industry grinder were slim and nil.

And so eventually (like every other NWOBM time has forgotten), mainman Kevin Haybourne has cobbled together a new lineup (including Carcass guitarist Bill Steer) for the release of their fourth album, As Above, So Below. The album wisely sticks to the riff and song-oriented formula from that particular era, with Haybourne’s vocals sounding mildly self-assured, serving more as a back-up to his freewheeling riffs and guitar rock-boogie.

Opener “Dead Sea Scrolls” kicks off with a friendly rollick, as Heybourne sounds as if he’s willing to just ride along with the riffs. The killer “Into the Dark” fares much better, especially when twin guitar harmonies drop in at the 1:07 – 1:36, serving as the album’s high-water mark. Once past the up-tempo “Geburah,” the album settles into an unfortunate lull, as songs like “The Horla,” “Upon This Cord,” and “Guillotine” lack the sort of brawn and bristle that bands of this ilk normally have in spades.

Weird to say this, but Angel Witch could have done themselves a huge favor by at least updating their sound. A good example of this would be fellow NWOBM retreads Hell, who after decades away from the game, sounding mightily fresh, zippy, and heavy on their Human Remains comeback. Angel Witch on As Above, So Below does not. 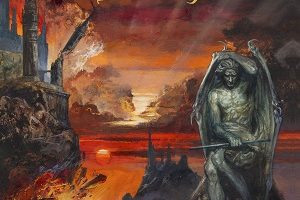