Andre Matos – The Turn of the Lights (earMusic) 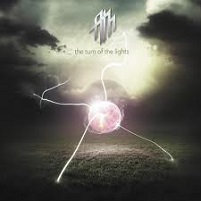 Establishing a presence in the power metal community as a singer with Brazilian notables Viper, Shaman and to a greater extent Angra, Andre Matos has been working on his solo career since 2006. The Turn of the Lights is his third full length effort, a 12-song album that will assuredly appease many of his long-time fans waiting for some high powered, melodic metal with his soaring, multi-octave range and falsetto confidence.

Ex-Angra guitarist Andre Hernandes and Viper guitarist Hugo Mariutti join bassist Bruno Ladislaus and drummer Rodrigo Silveira in forming a skilled, confident chemistry in terms of the performances, production, and songwriting duties. The formula may be standard- a few faster Helloween-esque up tempo numbers like “Light-Years” and personal favorite “Course of Life,” along with mid-tempo anthems and slightly more commercial fare like “On Your Own” and the title track. But Andre and his band mates throw a few heavier moments in there to remind you that the songwriting is not stuck in the conventional late 1980’s.

A left-turn number for some may be the Peter Gabriel-world music drum tempo against a current staccato riff employment within “White Summit” which contains some entertaining Oriental/Middle Eastern lead breaks while Matos still shines with his high, passionate and heartfelt range. It should be little surprise that his Kiske-like delivery is still attractive to many a project or special guest appearance thrown his way.

Andre is not reinventing the wheel with The Turn of the Lights, as such those who need to have everything the man has done will probably go bananas over this in comparison to the newer power metal generation. For my tastes, Angra’sAngels Cry remains the top album in Andre’s long career.