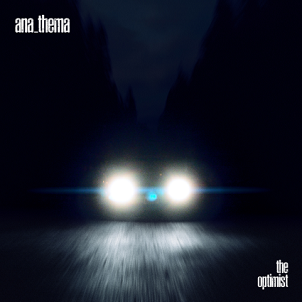 As satisfying as 2012’s Weather Systems and 2014’s Distant Satellites were, British ambient rock sextet Anathema have not made a record this focused and on-the-level since 2003’s A Natural Disaster. Forever linked to our scene because of their early, seminal metallic output (The Silent Enigma and Eternity remain monumental gems), Anathema’s continual development and exploration of singer-songwriter moods, atmospheric blends and stripped-down rock has turned them into an entirely different band. It’s why on The Optimist Anathema has evolved yet again, turning in an album rich with texture and melody.

With more guitars in range, the sheer weight and pull of “Leaving it Behind” is the appropriate tone-setter, with Vincent Cavanagh’s always-emotive vocals casting their usual feel of warmth. Female vocalist Lee Douglas takes the reins on “Endless Ways” and in particular, “Ghosts,” perhaps the album’s high-water mark, full of wistful cadences and orchestration. But then again, it is the driving, yet angular “Springfield” (the heaviest Anathema has been in a long time) and piano-driven “Wildfires” that rounds off The Optimist’s song selection. “Springfield” is of immediate note, staring off in sparse, minimal territory, only to develop into a crashing, post-rock, rocker.

An album thematically tied to 2001’s A Fine Day to Exit, The Optimist is yet another body of work full of gravitas and the songwriting allure that only Anathema can channel. And while we do our best to describe the band with a litany of tags and descriptors, the fact is, Anathema are their own singular, isolated being, a shining beacon of creativity in a world littered with restrained and formulaic artists. The Optimistic is breathtaking.