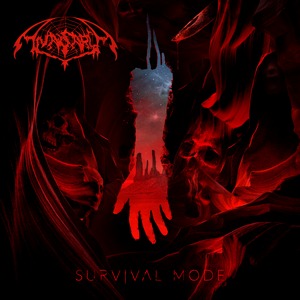 Do you enjoy ‘90s death metal? The kind that put brutality in the forefront whenever possible and tossed in just enough melody to keep it from being a snooze? Then Anasarca’s Survival Mode is worth an investigation. It may as well be one of those ‘lost in time’ type releases where it hits everything you enjoy about the genre so well, it might just as well have come out back then.

Survival Mode was actually a bit ‘lost in time’ so to speak, as the band has been preparing it for over a decade (13 years to be exact) at this point. Following the 2004 release of Dying, the only offering from Anasarca was that of a demo (also called Survival Mode) two years ago. This album takes those demo tracks, along with a few more numbers, and adds to it a few covers and re-recordings to flesh things out to close to an hour of material. Bringing to mind a feeling of relentless death metal akin to Cannibal Corpse, Hate Eternal, Suffocation, Malevolent Creation, or Morbid Angel – Anasarca does come bearing the fruits of the elders, but that doesn’t diminish their presence. The riffs hit hard and often, with some slight technical leanings at times but nothing too outlandish. Like the time period that it resonates from, this is more song-based death metal, with the grooves laying down brutality while some more Swedish-inspired melodic work slowly creeps in (think more Necrophobic than Entombed).

Survival Mode takes the best pages from the ‘90s death metal playbook and gives it a fresh coat of paint. Granted, the paints are pretty similar to the original, but it’s hard to argue with songs that ooze charisma like these do. Anasarca know how to pay tribute without it feeling gimmicky or contrite.