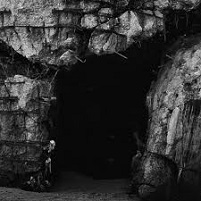 Generally speaking, there’s always some tangible value to be found with any one of the Neurot Recordings bands

. Neurosis obviously, doesn’t need any more praise heaped upon them, but a deeper inspection into the label’s roster comes to find bands willing to uphold the artistic advances of the label’s namesake. In essence, you’ll never get the same thing twice from Neurot, even from a band like Belgium’s Amenra, who plough the same desolate post-metal, apocalyptic fields as Neurosis. What very could have been a poor man’s take onThrough Silver in Blood or A Sun That Never Sets turns into an involved listening experience; a sonic journey, for lack of a better term.

Recorded amidst the still-ravaged World War II lands of Wissant, France, Mass V comes to embody the cult, ritualistic sound of apocalyptic metal. Naturally, there’s the culpable nods directly at Neurosis and Cult of Luna, yet Amenra space these portions out, preferring to rely on trance-inducing passages on both “Boden” and “A Mon Ame,” which emerges as the album’s highlight moment. Tribal drumming passes through thick, foggy riffs, the type that allow lengthy songs

to build upon themselves, much like a ruined populace trying to return to normalcy. And by finding the ying-yang dynamics at just the right moments (i.e. when distortion vanquishes around the 7:17 mark on “A Mon Ame”), Mass V makes good on its promise to be otherworldly and resonate.

Neurosis’ own Scott Kelly gets in on the act for “Nowena I 9.10,” giving this four-song outing the barren, jarring cap it needs to seal itself off from the rest of the post-metal crowd. Truth is, Mass V is daunting, but the effort shall the reap the rewards of one the year’s hidden post-metal, art-metal gems. 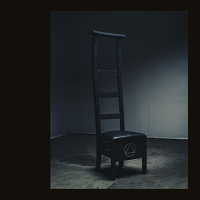