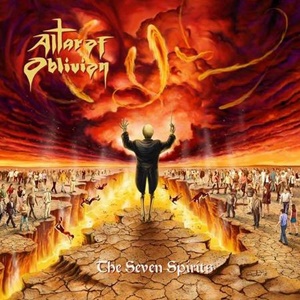 Danish metal may not per capita be as prevalent as activity from Sweden or Finland – but you can’t deny the impact of artists like Mercyful Fate and Volbeat on a popularity or influential standpoint. Together since 2005, Altar of Oblivion are another Denmark quintet producing a fusion of 80’s heavy metal and epic doom on their latest effort The Seven Spirits. They’ve released a demo, two full-lengths and two EP’s – signing with Shadow Kingdom after the release of said demo, establishing a comfortable presence in the scene. As these seven songs shatter your headspace, it’s clear that their sound, tones, and execution certainly portray and older philosophy – conveying a heaviness of feeling that the best epic/doom acts treasure while injecting metal and a touch of gothic nuance to the mix.

The first aspect that allows Altar of Oblivion to stand out against the hordes are the unique melodies emanating from vocalist Mik Mentor. His voice has this morose, slightly gothic strain while still bleeding for the metal cause – aspects of Robert Smith (The Cure), Ozzy Osbourne, and even Messiah Marcolin come to mind when taking in his efforts for “Created in the Fires of Holiness” and the title track. Musically the twin guitars, keyboards, bass, and drums provide the looming darkness in a beautiful juxtaposition – notes that ring out in a peppy manner when delving into a metal shuffle for “Language of the Dead” or conveying that low end doom chug that causes hairs to stand on edge a la Candlemass or Solitude Aeturnus for “Gathering at the Wake”. Spacious, sparse instrumental setups build anticipation for the next movement, where the ears perk up at lead breaks or keyboard infusion – ensuring a seven-minute plus epic like “Solemn Messiah” never stagnates, the twin harmonies golden for Mercyful Fate and 70’s Judas Priest mavens.

Epic doom/heavy metal when done well transports the listener on another plane, almost a life-altering, out of body experience. The Seven Spirits achieves that goal, and even if the band remains more of a cult-classic versus gaining the respect of the bigger bands of this genre, that’s probably a perfect audience to cultivate. 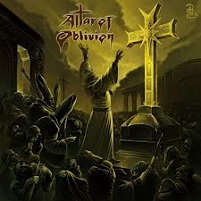