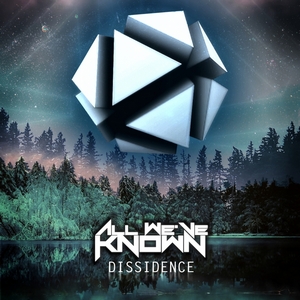 While some groan over metalcore’s continued existence, even if it doesn’t hold the same of fame today as it did in the last decade, some bands have been able to dissect out its good points and avoid its faults. All We’ve Known comes to us from South Africa with their slightly electronic take on the standard metalcore format.

Dissidence doesn’t pretend to be anything other than a metalcore release, and the directness is notable. The band takes the genre’s trimmings in stride and turns them that favors them. All that you’d expect to find in this release are here, from the heavy mid-tempo chugs and breakdowns to the built-up ethereal choruses. But just because they are there, doesn’t mean that they have to revel in clichés. Quite the contrary, All We’ve Known clearly knows the genre at hand and focuses on improving those elements and making them into something that stands out in each song. The heavier verses are heavy and noticeably so, from the punchy riffs to the aggressive screams that have some actual weight behind them (as opposed to some of the hollow barks some are used to). It makes for a stronger transition into the more saccharine choruses, which have heart without being too sugar-coated. There’s a genuine sense of emotion at these parts, elevated by strong clean vocals and laced with some fitting electronics in the background. Toss in some catchy guitar melodies (see “Halfway” or “Perfect Disguise”), and you’ve got something that comes across as inspiring instead of tired for the genre.

Dissidence is All We’ve Known’s first full-length, and while it does feel a little familiar in tone, it becomes obvious as the album continues onward that they have all the fundamentals down pat and are able to twist them into something that feels passionate and enjoyable. An easy thumbs up for anyone seeking out melodic material like this.