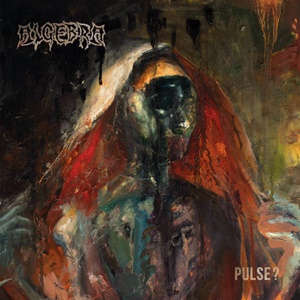 Beyond being a math subject this scribe didn’t dread in his youth, Algebra is also a Swiss thrash band willing to elevate their game through a wide array of obscure and technical influences since the start of their career. After a five-year absence beyond a Megadeth single cover issued in 2017, their third album Pulse? represents the quartet continuing to excel at fusing European/Bay Area influences in their own special manner – the results of which separate them from the hordes continually churning out Exodus/Slayer/Testament retro-idol worship material.

Following a classically-infused acoustic instrumental “Ego Destroyed” intro, the electric charges come busting out for “Inner Constraints” – rhythm guitars that have this semi-progressive propulsion as the galloping up-tempo hits and energy keep ears engaged in that classic Coroner meets Forbidden mold. Exemplary dynamic transitions and outer nuance accents allow the material to take on deeper shapes even as you take in this material repeatedly – the lead breaks thoughtful, fluid, and often taking your breath away (“Digital Master” and the latter Death-tinged “Manipulated Soul” two mesmerizing outings in that regard). The quartet isn’t always about speed – sometimes the bass play takes things up a Maiden-esque notch during “Addicted to Authority”, the band settling into a comfortable, jagged mid-tempo groove that rivals the best moments of Sepultura during their Beneath the Remains/Arise period. Guitarist Edy (Ed Nicod) handles the vocals as well, and if there’s one weak spot that could be improved it’s in his delivery – as it’s more of the militant semi-barking aspect that is pure but you wonder what the band could be like with a more dynamic voice to supplement the obvious seasoned musical chops going on here. The title track is the longest at 8:43 – a stop/start master class in relentless power, the rhythms swinging back and forth in thrash glory, and also containing a bit of an “Orion”/ Metallica tribute through the twin guitar harmonies and supplementary bass play for the final three-minutes and change of this arrangement. Closing with a Sepultura cover in “Dead Embryonic Cells”, it’s nice to see that the genre never forgets many of the veterans who set the course for subsequent generations to build out.

Pulse? is well-worth the five-year wait for Algebra aficionados – those who love semi-technical thrash with some progressive death guitar play at times will treasure this hour-long outing. 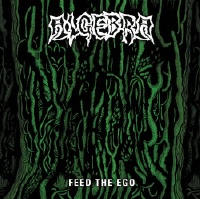