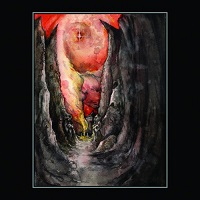 No one will ever accuse funeral doom bands of being self-aware or privy to the needs of their audience. Hey, time is valuable and some of us (not including Blistering, thankfully) have places to go and people to see. Getting to the point right off the bat is one thing, but never getting there is another thing altogether, and when an album can’t quite get there, it’s a hair short of frustrating. And this scribe has no hair on his under-30 bald noggin.

Aldebaran is a funeral doom troupe from the wooded cascade of Portland, OR, a land that normally churns out faux black metal bands. Aldebaran doesn’t play that game, and on their Embracing the Lightless Depths debut, the band finds every reason possible to elongate their songs. Whether it’s an additional drum build-up (“Occultation of Hail’s Gates”), or endless guitar chimes (“Forever in the Dream of Death”), or even dirge-y, slow-mo riffs (“Sentinel of a Sunless Abyss”), Aldebaran doesn’t quite know how to finish a song…or when to make the moments count. Essentially, the album’s five cuts just meander along, and along, and along.

One could easily make the argument that Aldebaran’s contemporaries in Ahab, Esoteric, and Mournful Congregation at least know how to give their songs various selling points, but Aldebaran is not even in the same ballpark as those lads. Embracing the Lightless Depths borders on excruciating.