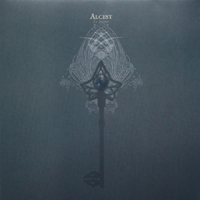 We’re not quite at the point where everything Alcest mainman Neige touches turns to gold, but he’s getting there. And bold moves like re-recording his debut 2005 Le Secret EP usually turns things into just that: gold. Being that the initial pressing is long out of print (but it easily snagged on any download site), the decision to re-record the EP’s two songs is easily justified, for Le Secret is the preamble to the brilliance that would ensue on 2007’s Souvenirs d’un autre monde.

There are four songs in all here, two originals from 2005, and two re-recordings. Neige’s production values today are still grainy and organic, but when presented in this updated format, his shining guitar riffs, optimistic aura, and hypnotizing craftsmanship are more formable that before. “Le Secret” has a pointed black metal attack, paired with Neige’s soft clean vocals (sung in French), that traverses down the band’s now-revered path of brightness. “Elevation” does an even better job; capsizing with a flood of melodic and wide-open guitar riffs after the song turns out of its blast-happy beginning. Then when Neige drops in layers of clean vocals, it’s near-decadence.

The distinct and sub-tones heard on the originals still hold some value, yet it’s the new and improved versions of these two songs that make Le Secret a worthwhile investigation. Such moves typically backfire on most bands, although Alcest is still very much in their nascent phase, not quite at the “classic” level, but making incredibly elongated strides to get there. Marvelous, once again.