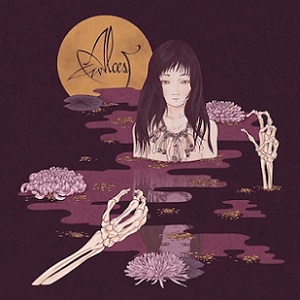 After 2014’s warm and un-heavy Shelter, Neige promised Alcest was out of the metal game permanently. By no means was Alcest to be the first band to make such a proclamation—it was happening quite a bit in the late ‘90s when once-doomy Goth bands made a run for the Pink Floyd and/or experimental hills. But Alcest certainly isn’t like any of those bands; their shoegaze influences simply too strong to stay in metal. Just as everyone got done considering Alcest as part of the metal scene, sure enough, they come back with the very-metal Kodama.

Mr. Neige has rightfully proclaimed Kodama to be a “return to form” album and he’s right. The reliable metallic shimmer of the guitars, the beautiful stream of melodies, the spare black metal shrieks, and the reliance on space, variance, and atmosphere are all back in full swing. Yes, they were present on Shelter, but not like this. Kodama is much darker and heavier. From the opening peddles of the title track, to the sunny-day (real estate) aura of “Eclosion,” to the foreboding and cryptic “Je suis d’ailleurs,” the primary tenets of Alcest’s sound firm and confident, making Shelter appear more like a detour than a career-forward endeavor. In this return to the familiar, “Oiseaux de proie” projects itself as Kodama’s highwater moment, a sub-black metal excursion into Alcest at its most dynamic, dare we say.

Will be curious to see how Kodama lands given Alcest’s unique spot in between black metal and shoegaze, thus the necessity of the “blackgaze” term, to which they’re largely responsible. Had Kodama come after three or four albums of Shelter-like material, then Neige may have a more difficult time selling it to the metal scene. But as it stands, the metal scene will have its arms open to Kodama.