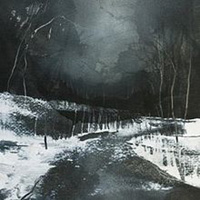 Nary a flaw in Agalloch’s discography, and perhaps one of the few bands in the underground who will remain unblemished, John Haughm and crew return with the much-anticipated Marrow of the Spirit. Keeping in tune with the pattern of releasing an album every four years, Agalloch’s deeply atmospheric, wooden sound has become even more elusive, thus making Marrow… perhaps the most difficult album of theirs to delve into.

The reliance on acoustic guitars has been lessened in favor of some early bursts of black metal on “Into the Painted Gray.” And while the attack appears to be more vengeful in relation to The Mantle or Ashes Against the Grain, the melodic thread is still very much there, remaining a natural hallmark of the band’s sound. Simply put, no one weaves melodies like Agalloch and their chord choices, while not far-fetched, are like no other either.

Pained and sinewy moments augment album standout “The Watcher’s Monolith,” which in essence, is probably the most traditional-sounding song of the six. As the song creeps along, new environs are explored, setting up “Black Lake Nidstang,” where a lengthy instrumental portion of the ambient variety nearly takes the sails out of the whole album. Shame, ‘cause it comes along at the point where the album was just starting to pick up steam. A rare misstep.

Marrow of the Spirit manages to rebound with the closing combo of “Ghosts of the Midwinter Fire” and “To Drown,” the latter of which is particularly haunting thanks to the inclusion of a cello. These moments in particular are what define Marrow, drawing instant parallels to the emotional climaxes that made The Mantle (i.e. the final portions of “A Desolation Song”) such a masterpiece.

Agalloch’s willingness to experiment is ultimately what makes and at least for a brief few minutes, breaks Marrow of the Spirit. With their dark acoustic mastery now a hurdle long jumped over, the creative thrust of the band pushes Marrowalong, making it another welcome addition to what has easily become one of the most defined and mandatory catalogs in all of metal. Newcomers would be best advised to start with The Mantle and work their way forward; everyone else knows the score by now.