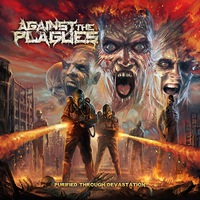 Based in Chicago, but featuring a multinational mix of members, Against the Plagues have been working on their sophomore effort for several years now (since 2012 in fact). The combination of black and death metal is known to be a volatile batch of ingredients, and Against the Plagues have had this on slow cook for a few years. It’s safe to say that they have found a formula that works for them.

The initial feeling to Purified Through Devastation is that of menacing brutality. Leaving no time wasted, “Man’s Modern World” goes full throttle from the get-go, with an intimidating growl and plenty of blast beats and furious riffing underneath. The band maintains this level of intensity for the entire seven minutes (a feat many in the genre cannot match), but it’s due to the fact that beneath it all, Against the Plagues is not a one-trick pony. The more overt Morbid Angel, Behemoth, and Origin (speed-wise) influences give the fury, but the subtle black-ish keys that linger below the music, along with some melodic leadwork allow it to retain enough memorability that you don’t feel as if you are hearing the same thing nine times. The riffs occasionally veer into this front as well, such as the mid-tempo stompers of “TerrorForm,” which also does well to see the band moving out of the blast-friendly tempos and mix things up a bit. Some may argue that the production renders things a bit sterile, but this type of modern death metal does benefit from allowing all aspects to be heard, which is a strong suit here.

Those looking for something that will pummel as well as keep your ears interested should be on the lookout for Purified Through Devastation. It’s a fine example of how the death/black format can be framed for maximum brutality, but keep you coming back for more. 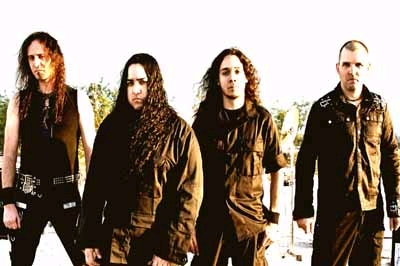