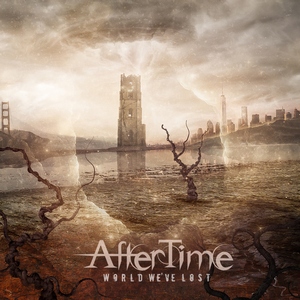 With some notable exceptions, the symphonic metal game has largely been a European one. While North America usually focuses more on the abrasive acuities in metal, there’s always room for more US-based bands to jump on the symphonic end of the genre. Minnesota’s AfterTime is one fresh band giving the genre a shot on this side of the Atlantic.

World We’ve Lost is the band’s second release, following last year’s The Fall of Light EP. AfterTime hits the spots you’d expect from bands such as Epica, Delain, Within Temptation, and Nightwish. But the way that each track differs from each other on this 4-song release is what makes it work better than you might expect. The title track gives a good impression from the get-go, with a catchy melodic riff coupled with elegant synths and Sarah Wolf’s enigmatic vocals. “Forge Your Destiny” being the heaviest of the bunch, goes so far as to include some growled vocals, and sets its sights more on the epic bombast in the synth department while it gives the guitars some extra weight to them. “Reflections” has a Celtic flair to it, and as a more gentle number, is the best showcase for Wolf’s vocal versatility. Rounding things out is a new version of arguably the band’s catchiest track, “Masquerade,” which ultimately shows how far this band has come in less than a year (you can check out the original on Bandcamp as well). The band went all out with the synths and production this time around and it shows, particularly with this remade song. Lukas Knoebl’s arrangements give the song a more compelling bite, and famed producer Jacob Hanson’s mix/master really brings the band up a notch or two in their sonic assault and clarity.

Given the sonic leap that the band has taken since their first EP, AfterTime has plenty of promise to show the world. World We’ve Lost can stand toe-to-toe with their European counterparts and it’s only a matter of time before the right person comes along and makes this group a more world renowned name. A strong recommendation for those into symphonic metal. 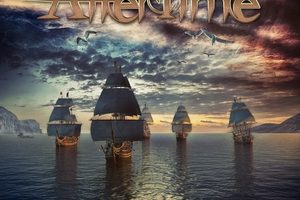