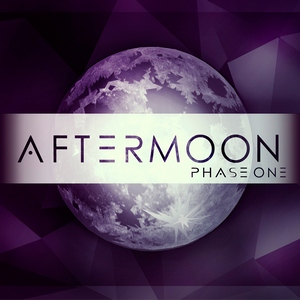 You can never tell when you are going to find the next big thing in the metal world. That’s the exciting part about it after all – things always launch from the ground floor and move up. One recent discovery is that of Ukrainian metal act Aftermoon. Though “metal” in this case runs a little loose, with the band often supplementing a wide variety of influences in a way that makes it seem inevitable that they could also reach some crossover success as word spreads.

At the core of Aftermoon is a modern, female-fronted symphonic metal act. Think more along the lines of Amaranthe or Within Temptation (and perhaps some Season of Ghosts as well) on this end, and they aren’t afraid to incorporate electronic elements or pop/rock hooks to get their point across. Upbeat numbers like “Runaway” or “Time Crisis” are well-equipped with additional elements of this nature and giving the songs more bounce, with the later even using some vocal effects as well. “In Loving Memory” and “Lumia” also have a very defined metallic core to their structure, and the combination of synths and added electronic effects make it more interesting than either part could manage on its own. The band seems to have a firm grasp on how to make multiple genres work for them without it sounding awkward or too busy. Of course, in a band like this, the vocals are a deciding factor, and Valeri Laitinen has a voice that can be both soothing and powerful, as needed. On softer songs like “Losing Me” or album closer/highlight “To You,” she can expand the emotional impact to soaring heights, yet can push a more aggressive side on “Somewhere.” She has the presence to take the band to the next level.

Some genre purists may scoff at some of the elements that Aftermoon employ, but for those willing to take a risk, Phase One is full of emotive and catchy melodic tracks with a depth you may not expect. With a sound that’s easy to hear moving up the ranks if it falls upon the right ears, it’s exciting to think of what direction they will take things from here.

Aftermoon – The Next Phase