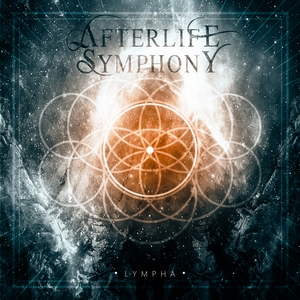 An Italian symphonic metal group, Afterlife Symphony present their third full-length with Lympha. The group has cited that this album marks a bit of a sound-change for the band, with the more progressive symphonic elements of their past melding with some catchier arrangements and ‘sunny’ atmosphere. While this is the first taste of the band for this scribe, Lympha provides some entertaining, if not a bit familiar, gothic-tinged symphonic metal.

Afterlife Symphony do a good job of bringing in some heavier, progressive elements into their sound to accompany the more symphonic and gothic areas. Important because there are still a majority in this sound that tend to ‘put all the chips’ on the vocalist and ignore the riffs. Songs like “Do” and “Nebula” provide groove and catchy melodies, as well as a little bit of proggy feel to the mix to ensure that there’s more than just a strong vocal presence. That said, Anna Giusto does bring a strong presence to the band, sometimes reminiscent of Cristina Scabbia in her delivery. Her voice does match the ‘sunnier’ moments of atmosphere, but she has no problem holding her own against the guitars at their full force. If there’s one slip, it’s the overall length of the album. Following the hit-or-miss symphonic ‘more is more’ trend, the album tends to be a bit top heavy, if only due to the listener feeling like they have heard most of what has been presented and some of the later tracks bringing a bit of déjà vu with them. It just seems like Lympha would have more impact if it were about 15-minutes shorter – leave the listener wanting instead of feeling full.

There’s plenty of enjoyable elements in motion for Lympha when taken as a whole. While it could benefit from some trimming in regards to the overall length, they have a sound that feels more distinct within the symphonic sound due to the progressive elements. In Afterlife Symphony’s case, perhaps the fourth time will be the charm.