After the Storm – Into a New Era (Self-Released) 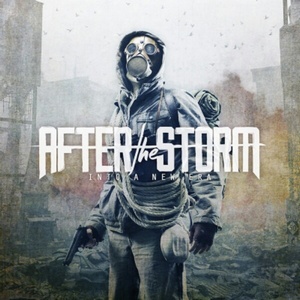 There’s never a bad time to dig into some melodic death metal and turn up the volume. Particularly when particular attention is paid to the melodies and riffs first and foremost. While there’s sometimes a hankering for more modern (read “commercial”) type melodeath, well-written material that yearns back towards the Gothenburg days without feeling like a total throwback often hits the mark, for this scribe at least. And that’s entirely what After the Storm deliver on their first full-length.

First and foremost, don’t expect too much ‘out of the box’ material from After the Storm. This is meant entirely to embrace the melodic death metal ethos, and it easily succeeds in that regard. Think back to the late ‘90s, when the sound was really beginning to take-off and the type of guitar melodies that bring a smile to the face while avoiding kitschy and overly pop-flavored sounds. The time when In Flames and At the Gates first inspired a number of sound-alikes. Not too lump After the Storm in that category or diminish their efforts, but it should at least make an impression as to what they feel like. The songs are aggressive yet upbeat, mostly driving mid-tempo stuff (with some variation in either direction of course). Entirely guitar-centered – easy to find several catchy riffs within each track. Check out “The Awakening” or Rise as They Fall” for some particularly standout guitarwork. The vocals are as strong as they need to be, and the screams exert the required oomph. Fear not for uber-poppy, predictable choruses – you will not find them here. This does bring us to the one sticking point – album length. At 66-minutes, you are getting some major bang for your buck (it currently sits at $2.99 on Bandcamp) but it does start to feel a bit drawn out towards the back end. No fault to any song in particular, but it’s a rather large amount of melodeath to be consuming all at once.

The work of only two musicians, currently After the Storm is only a studio project. That being said, they hold a lot of promise for those who enjoy vintage melodic death metal. Into a New Era is altogether well-executed, passionate, and energetic stuff – clearly made by two guys that understand the movement and now how to write it without feeling clichéd or tired.