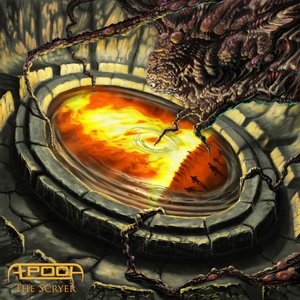 Having impressed in the past with their previous full-length and debut EP, it was pleasing to see that Æpoch was back into the thick of it with a brand new EP in the form of The Scryer. A release that continues to showcase the band’s best qualities and their ability to mix things up into a blender within the progressive death metal catch-all.

While there’s definitely a tech-side to the band that stays with them, it’s a little less dominating than on their last effort. There’s some more clear-cut thrash and melodic influences to take in, and truthfully it helps the band to stand out a little more on their own two feet. The lengthy standout “Shrapnel Baptized” revels in thrashy gallops and classic death metal brutality, in a way that feels triumphant and heavy at the same time. Some sweeping and progressive melodies (not to mention some fiery solos) also will catch your ear as well, as the song drives home some energy. As with previous releases, vocalist Brett MacIntosh’s fretless basswork instantly stands out, and again in this track in particular. “Ozonihilation” is another standout, with frantic and spirited melodies providing a springboard for an all-out assault, with the track really only slowing down for some stylish solos. The band’s strong suit has been to indulge all of these technical and proggy parts into the music, while still delivering a wallop of brutality, and they aren’t showing any sign of relent on that aspect.

For those who have been following the band, The Scryer will be a much desired morsel of tech-infused brutality. There’s less overt tech-y stuff, which could bring them in some fans who enjoy things more on the brutal and thrashy side, while they still stay true to their impressive musicianship of past releases. 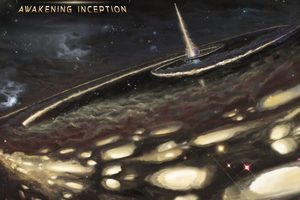 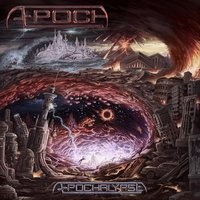