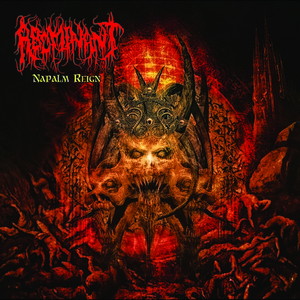 Impressively long-standing Kentucky death metal act are at it once more with their 11th full-length album Napalm Reign. Despite the longevity of the act, they’ve never really been able to make it to the same level of recognition as some of their peers. But that hasn’t stopped them from continuing to carry on their tradition of death metal glory.

Napalm Reign is a timeless display of death metal with a few tricks lurking in the wait. While yes, it does seem as if the band is stuck in the ‘90s with their version of how things are done best, it doesn’t impact the execution. Abominant sound evil with the combination of their guitar tone and vocals, something that as we’ve continued to up the technical arsenal, has been lost in the process. There’s some slight black metal and melodic elements that have been tossed into the fray as well, which help to create a heightened atmosphere that is both heavy yet retains some memorability. Yet they aren’t afraid to switch things up on some tracks, with “Iron Clad” and “Scream in the Night” shifting things into almost power/speed metal territory, complete with some falsetto and power vocals to emphasis the mood. It’s an odd transition but for the most part, it works. It furthers the band’s case as being more than meets the eye.

Abominant’s dedication to the scene and releasing albums that take bits and pieces from the underground to strengthen their death metal attack is admirable. While it doesn’t seem likely that the band is primed to explode onto the scene, they’ve continued to create death metal that can be at times brutal yet melodic and fits into their long discography. A band that plugs along to it’s own tune, rather than blindly follow the leader. 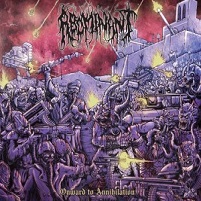