A Scar for the Wicked – The Unholy (Self-Released) 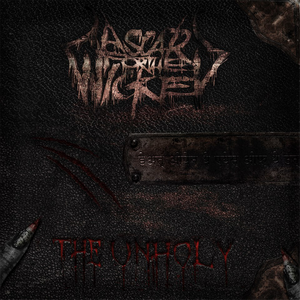 Nowadays, having a notable influence from The Black Dahlia Murder is about as interesting as vanilla ice cream. There’s a remarkable number of bands that have taken the At the Gates-esque gallop with All-American brutality and death metal and attempted to make it their own. A Scar for the Wicked have been evolving their particular sound since 2010. While they may not be innovators as of yet, there’s no denying what they do is certainly enjoyable.

In shifting from more deathcore-ridden material over the years, consider A Scar for the Wicked a success in that regard. The Unholy comes off as far more melodic death metal than anything else (with an obvious lean towards The Black Dahlia Murder of course). It’s catchy while maintaining aggression, and the melodic guitarwork is quite frequently the highlight of each track. There’s not one in the bunch that ever suffers from a lack of driving, toe-tapping riffs that do their best to bore their way into your skull after each track ends. They do finagle with the tempos as well, even if the most glorious of melodies happen to stick with the more mid-tempo bruising. If the band is looking to take it to the next level, they have all of the basics down to a science – from rippingly heavy and fast assaults to slower melodic indulgences. All that’s left is forming a bit more of an individualized identity to separate them from the ever-growing hordes of bands trying to propel themselves forward with this well-worn formula.

The Unholy is quite good at what it does, and the melodic elements keep the band afloat through what’s considerably frequented waters. A Scar for the Wicked have some solid compositional thought in mind, it’s just time to step it up to the next level for more people to turn their ears.