A Pale December – The Shrine of Primal Fire (Avantgarde) 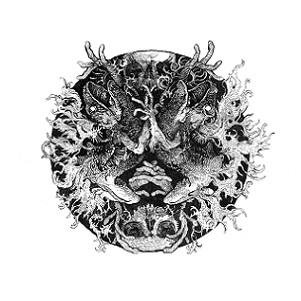 Heralded as the intimate Agalloch taking on the melancholic Katatonia by Avantgarde, a label that knows quite a bit about unearthing such acts, Italy’s A Pale December also appear to be slightly enticed by the mostly-of-quality sound of blackgaze. The Italians may not take the harrowing or dramatic route like An Autumn for Crippled Children or Falaise (two of the style’s best), but such wanderings ultimately benefit A Pale December’s debut The Shrine of Primal Fire, which was originally released by the band, then subsequently snapped up by Avantgarde for broader distribution.

The two-man product of Korpsvart (real name: Riccardo Di Bella, guitar, lyrics and vocals) and
Ymir (Ernesto Ciotola, vocals bass, drum programming and guitar), A Pale December is somewhat hampered by the use of a drum machine. (Like all bands, frankly.) Metal in this vein usually finds the drums hanging out somewhere in the middle-to-lower regions, but A Pale December has saw fit to place its processed and programmed clangs and fake cymbals higher than one would have liked, which makes it a bit too noticeable on opener “The Path of Stars” and “Skygazer.”

But nevertheless, the band pops out crafty, chord-laden riffs without a problem, digging into Agalloch’s illustrious riff catalog with ease, in particular on the aforementioned “The Path of Stars” and “Midwinter Ritual.” We’ll point to the fiery “Cimmerian Veil” as the album’s peak, thanks to its near-black metal curdle and grinding riffing. A deeper query finds The Shrine of Primal Fire to be less about melancholy and more about bounding down tree-lined fields with black metal nipping at the heels. In reality, A Pale December could easily become the Italian Agalloch if they so choose.