A Light Divided – Choose Your Own Adventure (Self-Released) 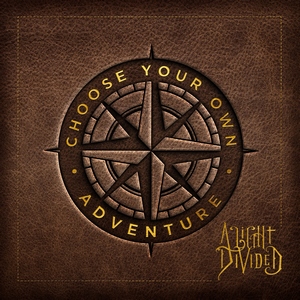 Always interesting to see a band switch gears and move into different directions. Forward motion doesn’t always equate to something that stands up with the back catalog though. Alternative metal act A Light Divided employed their fair share of breakdowns and screams on their previous releases, but their latest effort Choose Your Own Adventure abandons this formulaic approach for one that’s unquestionably more melodic and ‘mainstream.’ But the sheer strength of songwriting also makes it appear to be their most defining moment to date.

Further moving down the rabbit hole of rock and pop nuances, A Light Divided find themselves at an interesting crossroads. On the one hand, the music is structured around some heavy riffing and should still have some cemented appeal to fans of bands like Lacuna Coil or Amaranthe. “Sink into Nothing” and “Remedy” contain the last remnants of shouted vocals and utilize breakdowns in a way that makes them stand out due to the lack of said elements in the surrounding tracks. Riffs aren’t just window dressing, with “Armor & War Paint” and “Fear of Heights” providing some inviting melodies that can occasionally mesh with electronics. Yet the other hand, bouncy songs such as “Life Lessons” and “Plastic Crowns” could find equal footing with Paramore or Halestorm fans if given the exposure (and the willingness to accept a bit grittier guitar tone). There are a ton of massive hooks that keep interest over repeated listens and float directly into your head, from both the musical and vocal side of things. Ultimately, vocalist Jaycee Clark has a major role to play, and she proves a force to be reckoned with from more gentle tracks like “Scars of You” to rollicking ones like “Another Bar Fight in Brooklyn.” You can hear the emotion flow through, emboldening an already charismatic presence.

Some bands falter with transitions like this, but A Light Divided have such a natural sound here that you’d wonder what took them so long to arrive at this juncture. Choose Your Own Adventure gleams with energy and addictive performances that could rival some of the big names currently catching radio airplay. An album ready to skyrocket the band into the next level if there’s justice left in the world.

A Light Divided – Breaking Through