Those who think that Christian metal simply cannot compete “with the big boys” should check out A Hill to Die Upon immediately.  Rooted in mid-tempo death metal, Holy Despair sees the band stretching their sound in a more black metal direction, without abandoning their roots.  Commonly compared to Behemoth, the analogy is just, yet A Hill to Die Upon have shaped their own experiences with routinely interesting riffs, thundering blast beats, and eloquent lyrics spewed forth with unrelenting venom.

Most of what made A Hill to Die Upon great to begin with continue to make their way through the speakers with Holy Despair, but with some subtle refinement and exploration.  Some of the riffs feel just as drenched in black metal as they do in death metal.  The Naglfar-inspired tremolo riffing of “Let The Ravens Have My Eyes” provides a nice contrast from the more Behemoth-style crushing riffs and rolling death metal drive.  The opener, “Cloven Hoof Hava Nagila” is as frenetic as they come, with a barrage of blastbeats yet retaining melody and character all it’s own.  The chorus of “A Jester Arrayed in Burning Gold” is intoxicating with the overlay of Beckie Frey’s singing atop Adam Cook’s intense roar.  Some clean female vocals from Timbre are also used in the band’s version of the traditional American song “O Death” (which you may have heard in O Brother Where Art Thou) to similar effect.

It is hard to truly represent Holy Despair without discussing its lyrical content.  The band combines material from varied sources, alongside their own concepts to fantastic effect.  World War I plays an overarching role in a number of the tracks, working as a way to tie them together.  Along with this are the aforementioned “O Death” and “Satan Speaks” (C.S. Lewis’ poetry on the horrors of war).  Also included are influences of the Greek, Norse, and Judaeo-Christian varieties.  The lyrics are clearly just as important as the music for A Hill to Die Upon, and are posted on their Bandcamp website and are worth looking into even without the music itself (though it’s right there, just push play).

With both lyrical and musical quality in check, its hard not to recommend this one to any interested extreme music fan.  They’ve managed to maintain their consistent tone, but at the same time bring in some new and subtle takes to the material to keep it interesting.  That’s a definite win-win for everyone. 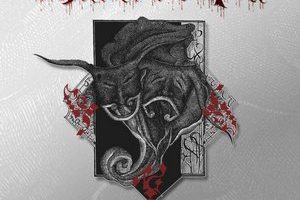