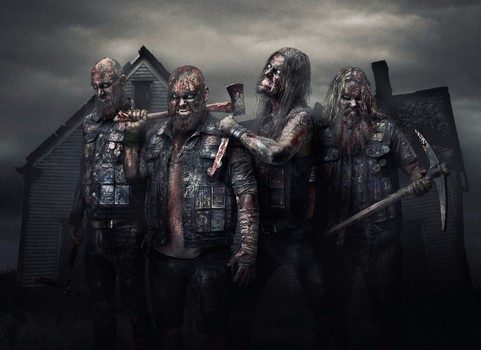 Take a reminiscent trip back to the 1980s to start off your weekend, with our premiere of F.K.Ü’s “1981,” from their 2017 release of the same name, which was released on Despotz Records. If you happened to miss the album up until now, you can order a copy HERE or click the link at the bottom of the page.

Given the title and the band’s affinity for slasher movies, the opening to the video effectively sets the mood, with everything from the 80’s furniture and VHS tapes to some pieces of nostalgia from the time as some synthwave-y vibes begin to filter in. But once the scene has been set, expect an explosion of vintage thrash riffs and attacking vocals. Effective rage to end the week, as the lyrics hit the slasher genre staples. Some campy humor abounds as the video progresses, and we’ll leave the satisfying ending up to everyone to watch below.

Says the band:
“The essence of what we wanted to mediate on our latest album, 1981, all summed up in one track, the aptly named title track 1981. With lyrical content like ”Body count classics in an endless row” and ”We need reel violence to spice up the show” it’s the perfect introduction to the rest of the album. Let’s party like it’s 1981!” – F.K.Ü.

Says the label:
On Hallows eve in the dark November of 2017 the the mighty horror metal moshing machine F.K.Ü. released their latest album 1981. The decade of 1981-1989 delivered over 200 slasher movies and F.K.Ü. decided to pay a special tribute to the main focus year 1981, also known as the ultimate year of the slasher movie genre. In other words, the year that delivered what are considered to be the cream of the crop of slasher films..

Since F.K.Ü. released 1981, the band have been touring throughout Sweden and have played at major festivals such as Sweden Rock Festival and Gefle Gas Festival as well as also been on tour supporting Entombed A.D. Now they’re preparing for their upcoming European tour starting in Sweden where they will be supporting the major thrash metal band Testament. As a precursor to the tour, the band will warm up the fans by releasing a remastered version of the title track of 1981. 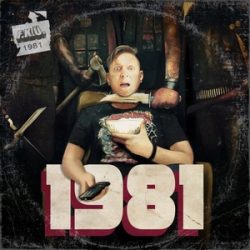