Song Stream: Cutterred Flesh’s “Knife is Not the Enemy” 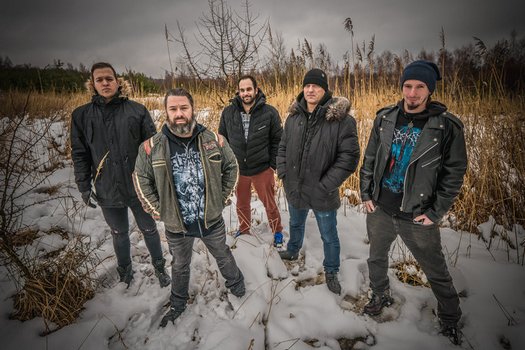 We are always up for some brutal death metal here at DR, therefore when the offer came up to host a new track from Czech act Cutterred Flesh, we were all ears.  “Knife is Not the Enemy” comes from the band’s forthcoming album Sharing is Caring, which will be released on December 3rd on Transcending Obscurity Records.  You can stream the track below, and if you like what you hear you can pre-order the album HERE, along with a bounty of pre-order goodies.

Of the track:
Given the album artwork and band name, one might go into this one expecting a run-of-the-mill brutal death metal act.  One that will get the blood pumping and adrenaline running full-tilt.  And while you wouldn’t be wrong – the track leverages some massive grooves and frantic, brutal speed – you might also be surprised by the mid-point, where things take a switch into the more eerie and melodic.  Playful, otherworldly melodies take centerstage before taking off again like a jackhammer with some furious technical riffs and drum battery, and the track also closes out with those ear-tingling progressive melodies once more to provide a track that has more depth and character than you might initially give it credit for.  Pulverizing yet thought-provoking indeed.

About Cutterred Flesh:
Defying all expectations, Czech brutal death metal band Cutterred Flesh give birth to an album that can be regarded as an anomaly in the style, an aberration for a band sounding this heavy and brutal. Their constant variations, shocking mood changes, and tempo fluctuations belie the impossibly wide girth and ponderous gait of this band. And yet, they’re nimble and inventive, deceptively fast and catchy, emotive and thoughtful, and will invariably pound your skull into the ground and mercilessly at that. The strange juxtaposition of the slower, plaintive tunes with the bone-shattering blasting parts is as fascinating as it is lethal – it will catch you off guard and won’t play nice. It’s akin to a deranged psychopath killer showing overwhelming tendencies of remorse for his victims, but then killing them all anyway. It just has to be done. Cutterred Flesh aren’t fucking around; they mean business but the way they do it is revolutionary and extremely effective. This album is loaded with all the death metal riffs you need, all the diversity to not only set the songs apart but also keep things interesting, and that warm, comforting, bludgeoning heaviness that will put you to sleep, perhaps permanently. And you won’t see it coming. This is as good as a brutal death metal album can get being progressive without betraying its core sound and values. 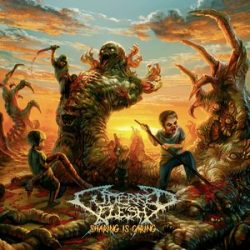 Track listing
1. Vibrio Vulnificus
2. Black Aurora
3. Where Only Old Flesh Stinks
4. Good Boy – Romantic Relationship With Necrotic Tissue (ft. Von Young of Lividity)
5. The Mystery Of The Black Hen
6. Amused By The Tenacity Of A Dying Whore
7. Knife Is Not The Enemy
8. My Favourite Bodybag
9. Progressive Body Adjustment (Bonus)