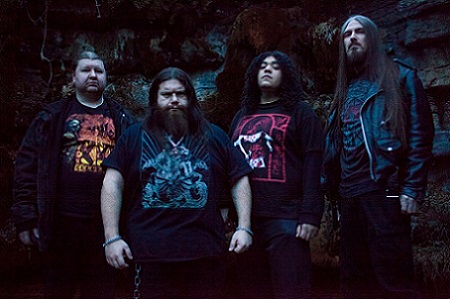 Dead Rhetoric.com and Khazaddum are giving away a copy of the band’s In Dwarven Halls EP to one (1) lucky winner.

Khazaddum is a J.R.R. Tolkien based death metal band from Milwaukee Wisconsin. Established in 2014, the goal was to create music that captured the epic feel and scope of storytelling comprising the immense Tolkien mythology. Drawing influences from death metal greats such as Nile, Morbid Angel, and Behemoth, Khazaddum carries on the tradition of both a technical and melodic approach in their music.

Enter “Halls” in the answer field below.