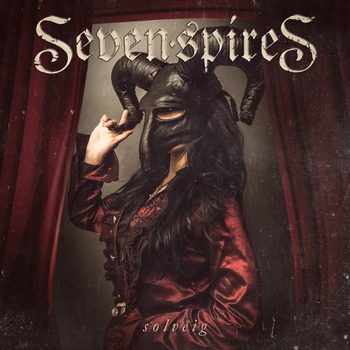 This one probably isn’t much of a surprise for the DR faithful, with a double 9.5/10 review at the end of July it’s safe to say that Seven Spires’ debut full-length left a lasting impression on the staff. With good reason of course, as the band effectively blurs the lines between many genres and incorporates them seamlessly – impressively so for a band just starting to climb the metal ladder. A ladder that they will undoubtedly be climbing even faster once word about Solveig begins to circulate further.

It’s rare to find a quartet in their late teens to early twenties so driven and focused on their craft, consistently refining and innovating as best as they can for the sake of a memorable final product. Three years later we reach the full-album status with Solveig, consisting of a re-recording for the EP (Act One of the conceptual piece), and eight newer songs that become Act Two. The story of a lost soul and his journey through a Demon’s sunless, neo-Victorian underworld has throwback romantic/renaissance textures, transporting to bygone eras centuries before that give listeners a thrilling, multi-sensory journey.