Insatanity ‘Hymns of the Gods Before’ CD Giveaway! 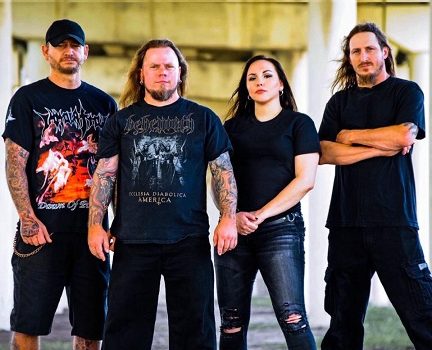 We are stoked to be giving away a copy of death metal stalwarts Insatanity’s Hymns of the Gods Before CD to one (1) lucky winner. Here are the details:

Insatanity is a cult Blackened Death Metal band originally from Philadelphia, Pennsylvania. Now based in Tampa, Florida, the band’s uncompromising style helped to define the American Northeast’s uniquely brutal death template, alongside the likes of Vital Remains, Suffocation, and Immolation. Hymns of the Gods Before is the band’s first studio album in 24 years, which was mastered by Jarrett Pritchard at New Constellation.

Enter “Insatanity” in the answer field below before Friday, July 10 for your chance to win!

Purchase Hymns of the Gods Before