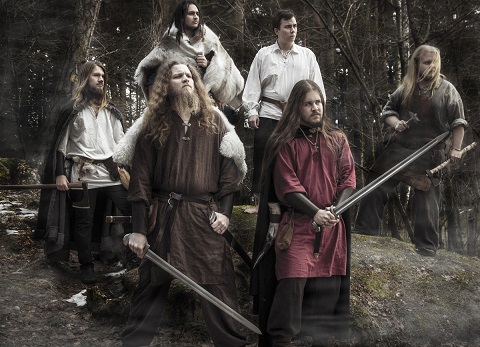 We are now streaming the surging, triumphant “Res Er Mina Söner,” by Swedish Viking metallers Grimner. The song comes from the band’s forthcoming new album, Frost mot eld, which is set for a March 26 release via Despotz Records.

Says the band: “Brothers and Sisters! It is time to unleash the single “Res Er Mina Söner” (Arise My Sons) from our upcoming album Frost Mot Eld. A grand tale to go along with a grand song, it tells of the time before the war between Asgård and Muspelheim began, from both Oden and Surt’s perspectives (both of them depicted on the cover art, made by Jan Yrlund at Darkgrove). It is also the opening track for the new album. Enjoy!”