Exclusive Song Stream: Nominon’s “In the Name of Gomorrah” 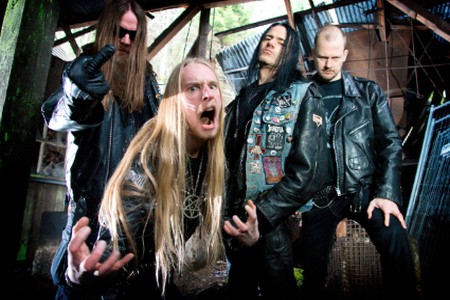 Swedish death metallers Nominon have set a release date of May 13 for their live album, Chaos in the Flesh…Live, through both Morbid Skull Records and Deathgasm Records. The old school Swedish death metal band first rose back in 1993 and recorded their first album (Diabolical Bloodshed) in the legendary Sunlight Studios. This upcoming live album captures the entire set from the band’s performance at the Death Kills Festival in Stockholm last year.

“In the Name of Gomorrah” is the lead-off track from the album, and quickly shows Nominon as a strong live force. Everything you like about Swedish death metal is in full-force – filthy, uptempo riffs and thick blasts along with hoarse shouts. Things do slow down for a few occasions, allowing for some really heavy mid-tempo churning. The kind of thing that had to have erupted a mosh pit (we’ll have to settle for imagination here). Absolutely frenetic and driving in the live setting. Check it out for yourself below. 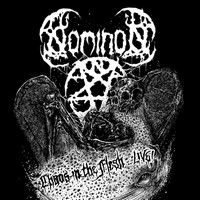