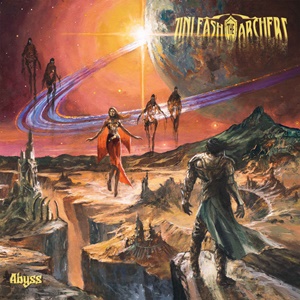 Unleash the Archers has been gaining the favor of the metallic masses (and DR) for quite some time. Apex was a shining beacon of thrilling heavy metal, and follow up Abyss takes all of the pieces of their formula and gives them a jaw-dropping polish and brings the band entirely to the next level. An addictive piece of heavy metal that will take you on a story-driven journey that you won’t soon forget. Rare is the band that can provide a more accessible product while keeping all points of their sound intact and unfiltered. Yet Abyss does just that, and then some. An exquisite example of how to provide an upgraded sound that die-hard fans will love, and newcomers will flock to (and be enamored by). Abyss is a true triumph for metal fans, no matter your preferences.