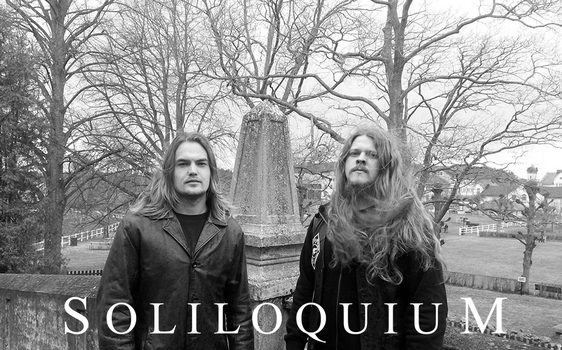 Proof that even the warming temperatures here in the Northeast can’t shake the grip of some cold, downtrodden doom, we at DR bring you an early stream of Soliloquium’s upcoming album, Contemplations. Releasing on June 1 through Transcending Records, the Swedish act plays doom/death the old fashioned way, but with a twist. Check it out for yourself down below, and if you like what you hear, you can pre-order the album HERE.

Contemplations is a very suiting name for the album, which should be a comfortable fit for those in the mood for some Peaceville-styled doom. It’s a reflective listen, and one that may take a few spins to garner a greater appreciation for the material. The gloomy, Katatonia-esque riffing is dead-on and helps to pull you into the mood at any given moment, and the band’s switch-ups from heavier riffing to more melancholic melodies (complete with growled vocals and some sullen clean ones) is enough to keep the listener enamored with the amount of layering and textures to be found in each track. Just enough heaviness to rouse the listener while the melodies gently dampen the spirits.

Bio:
SOLILOQUIUM is a three-piece melodic doom/death metal band from Stockholm, Sweden featuring members of Desolator and Ending Quest. The band began in 2011 and have released 3 EPs (When Silence Grows Venomous, The Concept Of Escape, and A Night Of Burdens), which were all released as Absence through Transcending Records, and full length An Empty Frame (Transcending Records, 2016). Their music draws clear influence from old school doom metal bands such as KATATONIA, ANATHEMA, PARADISE LOST, and OCTOBER TIDE.

Prepare for Swedish Doom Metal! On June 1, SOLILOQUIUM will release sophomore full-length album Contemplations, the follow-up to debut An Empty Frame. The album will be released on Transcending Records. It’s once again produced by Mike Watts (Sleepwalkers, Terminus), who also handles the drums this time around. Expect a more varied, less standard death/doom metal offering from SOLILOQUIUM. Don’t worry though. The Stockholm darkness will still be highly present. Fill the void of the KATATONIA hiatus! 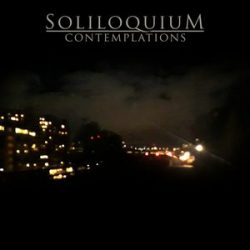